About the Artist - Iain White

About the Artist - Photographer - Iain White 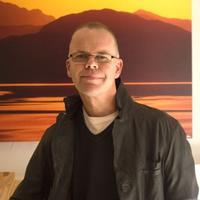 All the stunning Scottish landscape prints in the Scotland on Canvas Landscape Photography Collection were taken by Iain White, a widely-travelled and published professional Scottish photographer and artist.

More by this Author 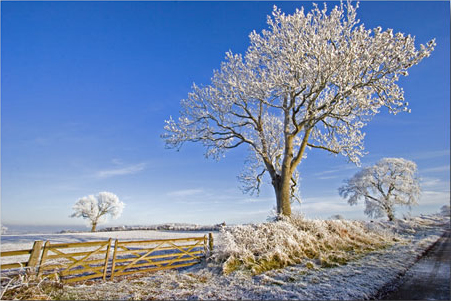 Throughout his entire life, Iain has always been inspired and enchanted by the Scottish landscape, but the challenge to establish himself as a successful photo-artist has had many twists and turns .....

In fact, during his formative years, Iain had no inkling that his career would involve the use of cameras. He can only ever remember taking one photograph during that period of his life. "It was while I was on holiday with my parents in Fife, Scotland. It was a grey day and the single image I captured on the family Kodak camera was of some sheep in a flat field. I don't think the family found it particularly interesting, for it was technically poor and aesthetically very limited" says Iain. Yet the importance of that single black and white image, taken at the age of eight, cannot be under-estimated, for though he did not know it at the time, it was to prove to be the first of thousands of landscape shots that he would eventually take around the world.

Iain left school at the age of eighteen, having successfully gained a clutch of O levels and Highers, and began his adult life by working variously as a shipping clerk, part-time postman and art gallery attendant. None of these occupations proved to be fulfilling to him, and after a couple of years, still uncertain of his long-term future, he decided to take a break from such employment and his home life in Edinburgh, and chose to back-pack across Europe in search of a different perspective on life.

[Scottish landscape photography Scotland canvas prints] Iain reckons it was probably the most important decision he made in his early life, for not only did he see a new world of peoples and landscapes unfold, he also discovered for the first time how to release his creative energy through the magic of photography. He had bought a second-hand, unsophisticated Pentax SLR primarily to take some holiday snaps but was quickly seduced by the endless possibilities of the camera. "Looking back, I didn't have any fancy gadgets to distract me, and used only a single 50mm standard lens. I think it forced me to learn my craft more thoroughly, and trained my eye to understand perspective better" says Iain.

Your E-mail has been sent. We will be in contact with you soon.

Please refresh the page and re-submit the form.

SORRY
Your content caused an error and your email has not been sent.
Please remove any unusual characters and try again